Below is the K9 series one episode guide. 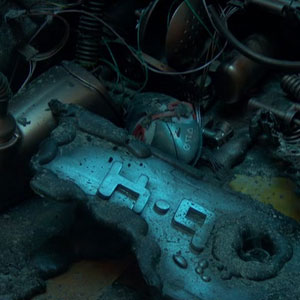 Whilst Starkey and Jorjie are trying to escape the police they take refuge in a large detached house, now the residence of reclusive scientist, Professor Gryffen

Inside the dilapidated mansion, they see Gryffen absorbed in an experiment with a strange piece of alien technology, a Space Time Manipulator. Darius an artful dodger who, among his many occupations, runs errands for Gryffen, confronts the pair, but at that moment a portal opens and through the hole torn in the fabric of space/time burst two reptilian warrior Jixen. The Jixen try to attack Starkey but the teenager is saved by a small dog-like robot, K9 Mark I.

In the ensuing battle, the only way K9 can defeat the Jixen is to blow himself and them to pieces. One surviving Jixen limps out of the mansion. Before expiring, K9 is able to give instructions that allow Starkey to initiate a regeneration program. A new, more sophisticated and futuristically designed K9 is regenerated. 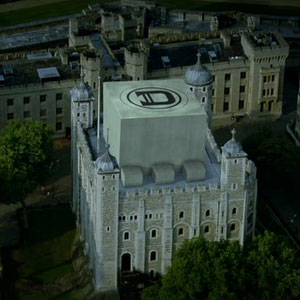 K9 and the kids break into the Department‘s prison to set free every type of alien imaginable!

Having been “tagged” by JIXEN slime, Starkey is in hiding from the Department and the JIXEN WARRIOR who survived K9′s blast. Jorjie tells Starkey that the Department is imprisoning Aliens and K9 flies off to investigate. Jorjies’s mother is Department inspector June Turner and there is a confrontation as the youngsters and K9 try to help release the innocent Aliens. Starkey confronts the Jixen with dire consequences! 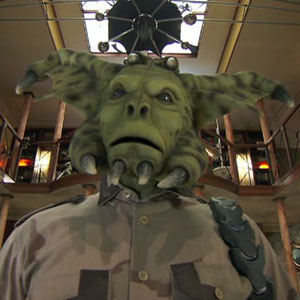 In saving Professor Gryffen from the most dangerous alien in the galaxy, K9 and Starkey find a home.

Starkey is homeless and K9 and Jorjie try to help. Darius, Gryffen’s assistant contacts them after the Proffesor, an agoraphobic disappears from the mansion! A warning from the 50th century is received and K9 and the youngsters are giving chase to a mind sucking alien called THE KORVEN who has snatched Gryffen. 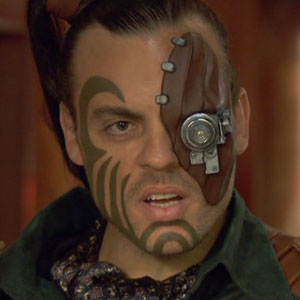 When K9’s past comes looking for him, an alien Bounty Hunter could be the one thing he doesn’t want to remember.

K9 becomes confused about his memory loss when an alien “bounty hunter” arrives and teams up with an evil Department inspector called Drake. Ahab, the Bounty Hunter claims there is a price on K9′s head for murdering a Galactic peace delegate in the 50th century! 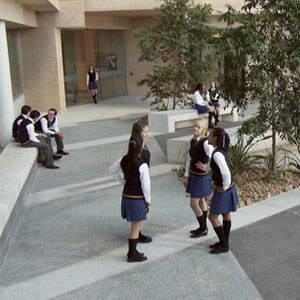 Drake suggests to Junes that she should send Jorjie to a private academy to deal with her lack of discipline.

Drake uses a strange alien substance on a group of school children in an experiment to gain control of the population. Jorjie stumbles across the plan and K9 and Starkey have to find and destroy the control devices. 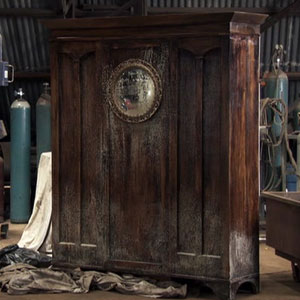 London is out of control, riots erupt due to irrational fear. The focus of the paranoia is based in an old junkyard where a strange alien consciousness is at work. K9 discovers the emotion of fear for himself in his bid to thwart the unknown. 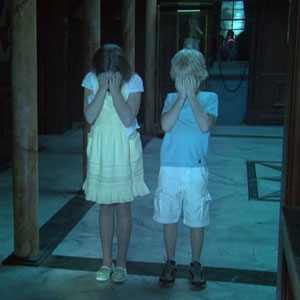 Episode 7 – Fall of the House of Gryffen

Whilst working on the STM, Gryffen thinks he has managed to get back his family.

Darius, Starkey and Jorjie spend a very spooky evening at Gryffen’s mansion as spectres from Gryffen’s past materialise causing mayhem. K9 sees the “ghosts” for what they really are, and the group have to convince Gryffen before the youngsters life forces are drained away so that the alien energy beings can take physical form. 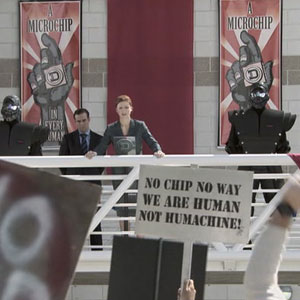 At a Department presentation, in front of hundreds of people K9 is seen to start attacking Drake.

Inspector Drake is attacked by K9! or so it seems. June Turner and the Department have orders to capture K9 and destroy him. However Starkey discovers Drake has had a basic double of K9 built to discredit him. 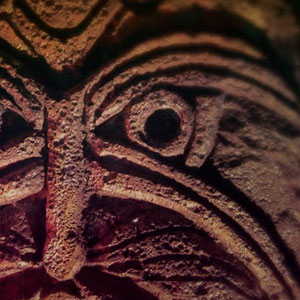 Gryffen has to try and find a way of communicating with the Bodach to stop the nightmares destroying life on Earth.

An ancient stone obelisk is unearthed by the Department and an alien force is unleashed that literally starts inducing everyone to sleep and dream! The Bodach feed on brain waves and what better entrees than human nightmares! 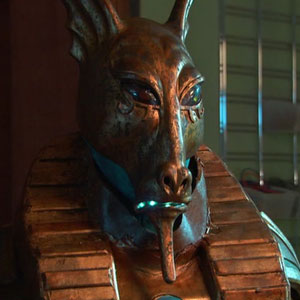 Episode 10 – The Curse of Anubis

K9 meets the Anubians, a race he helped in his long forgotten past

Once placed these creatures have now become war-mongers. They trick K9 by worshipping him as their saviour, a veritable God! The Anubians unleash control devices that take over professor Gryffen who then banishes Darius from the mansion. Darius sees through the plan and tries to thwart the alien invasion. 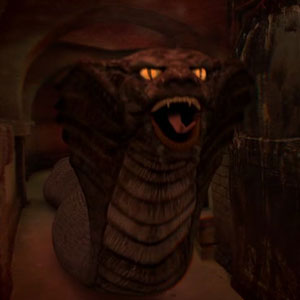 A “Time Snake” has invaded the mansion and starts disrupting time all over London.

K9 notices a change of behaviour within his group of friends and discovers that time itself is being disrupted. Small chunks of time are being “eaten away”. A “Time Snake” has invaded and Starkey makes a discovery that means only he alone can face the Oroborus and offer himself up as a meal to defeat the creature! Professor Gryffen reveals that Starkey’s parents may have experimented on aliens. 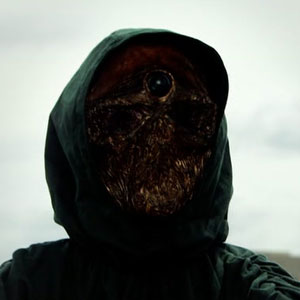 June discovers that Drake has been keeping secrets about the Mede aliens and the location of their space ship.

Following The Thames being heavily polluted by an alien chemical, K9 discovers the alien “Medes” are imprisoned by Drake and they need a special “key” to be made for the release of their spaceship. 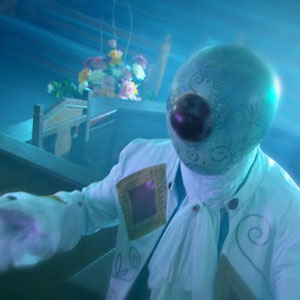 The Aeolian thought to be the last of its kind is found sending out strange sound-waves to try and find her husband, if he is not found soon the sound-waves will destroy the Earth.

London is being bombarded by strange sound waves that cause mass panic. K9 and Starkey are on the trail of the Alien, identified by Gryffen as an AEOLIAN. Darius desperately tries to rescue Jorjie as she is trapped by falling debris. 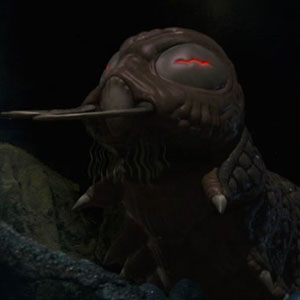 Starkey and K9 face annihilation as they try to rescue aliens from London’s underground sewers before a gas bomb destroys them all!

Panic ensues when a museum exhibit is stolen and K9, Starkey, Darius and Jorjie are on the trail of the culprit only to find a giant menace hiding in London’s abandoned sewers. However, is the Alien really a threat or is Drake the bigger evil? 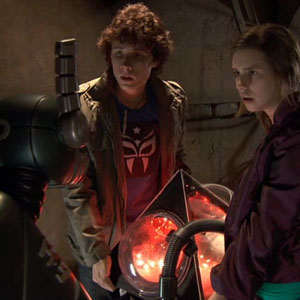 the Department are using an experimental device that literally eats rubbish.

Darius discovers that the Department are experimenting with a device that releases alien life forms to eat up rubbish. He sees an opportunity to make some money and snatches the device. However the alien virus in the device escapes and threatens to devour everything it touches! 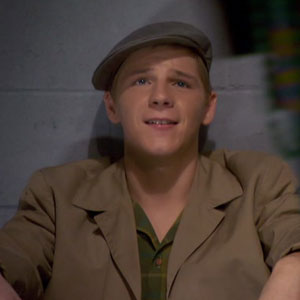 The STM takes Jorjie back in time, to London 1963!

A freak accident engages the STM and Jorjie is taken back in time to 1963! K9 and Starkey follow to rescue her and become embroiled in a spy-ring and a race against time to save Darius from never having existed! 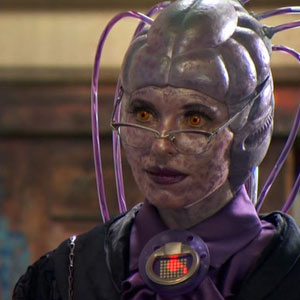 On a Department open day Thorne sets a trap knowing Starkey and Darius will use the excuse to explore where they shouldn’t within the Department.

Inspector Thorne sets a trap for K9 and Starkey is whisked away to a far off planet. All contained within an alien library card! The Librarian arrives to reclaim the card, K9 and friends need June’s help to rescue Starkey and teach Thorne a lesson. 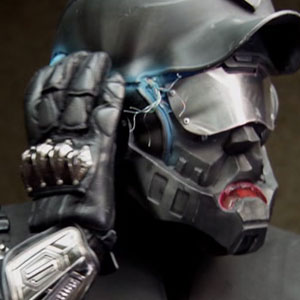 During a Department protest K9, Starkey and Jorjie come across a CCPC that shows a human side.

The CCPC’s are hunting a rogue officer who has developed a personality and consciousness. K9, Starkey and Jorjie take the rogue CCPC back to Gryffen’s mansion and hide him from the Department, only to face the mutant copper causing mayhem. 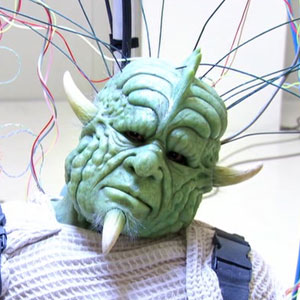 A new computer game contains a link to a telepathic alien that ends up turning humans into his own kind!

“Little Green Men” is a new virtual reality game that is sweeping the nation. However it has a hidden secret. It has a link to an Alien that turns humans into his own kind! K9 and Starkey race to save Darius and Jorjie from being turned into scaley green creatures. 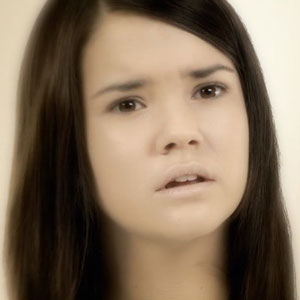 Episode 20 – Taphony and the Time Loop

Gryffen tries to free a time being imprisoned by the Department. He was responsible for an experiment that bought the “Time Blank” into being and K9 assists him in his plan. Unfortunately the Blank, in the guise of a girl (Taphony) turns on Gryffen and begins to drain Jorjies life force in an attempt to stabalise her existance. 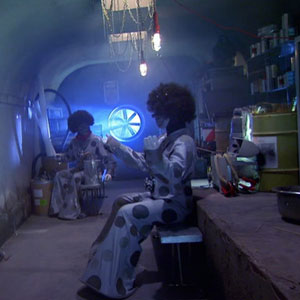 Darius and K9 go undercover to expose a criminal who is using illegal robot technology in what he calls “destruct-ertainment”.

K9 becomes a Gladiator and has to face the evil “pain-maker” in a battle to the death. But what is the sinister secret plan instigated by Thorne? K9 befriends a group of robot gladiators as he sees them as cybernetic ancestors. 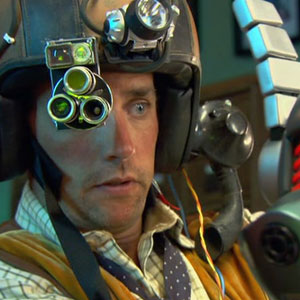 K9 becomes a danger to everyone and starts his self destruct programme!

K9 is using the STM to try and rectify his memory loss of events prior to his arrival and regeneration. Gryffen and Starkey discover him linked to the machine which creates a feed-back and K9 loses all control of his memory and programming. He becomes a danger to everyone and starts his self destruct programme! 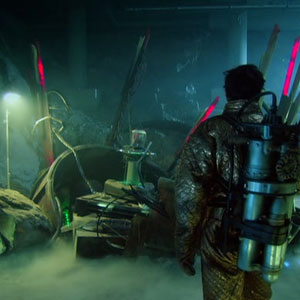 Episode 23 – Angel of the North

Gryffen knows that someone has to go back to the Fallen Angel to find the STM’s missing dimensional stabilizer unit.

Gryffen is taken by Thorne in a special VR encasement suit to the crash site of the “Fallen Angel”, the spaceship that the STM was taken from. In the frozen wastes of Canada, Gryffen faces his own demons and the dreaded Korven. K9 and Starkey try to rescue Gryffen from this most evil of alien menaces. 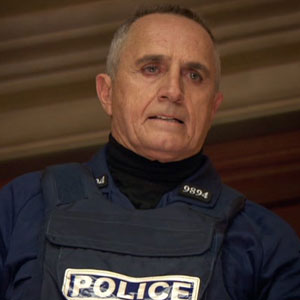 Gryffens mansion was the last operational Police Station in London and now the last Police officers that worked there want it back under human control.

A vigialante group of former police officers discover that the Department are upgrading the CCPC’s with Alien tech and make a stand by holding Gryffen hostage. K9 and Starkey battle the intruders whilst Darius faces up to his past. 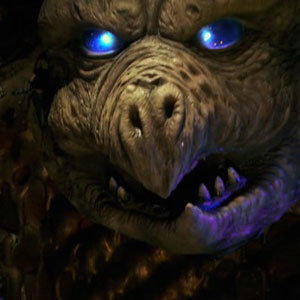 Episode 25 – Hound of the Korven

Thorne entices K9 to hand over his regeneration disc in exchange for his missing memory chip. As a double cross the fake chip contains a sequence turning K9 into a bomb! Starkey is taken by a Jixen who has a few surprises for K9 and friends too! 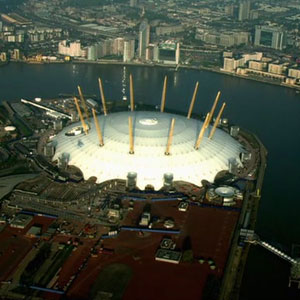 Episode 26 – Eclipse of the Korven

the Department are hiding something inside the Millennium Dome, when Thorne activates the regeneration unit K9 traces it and finds out that a Korven invasion force coming and only professor Gryffen can stop them.

A strange phenomenon occurs in the STM that heralds the imminent arrival of a Korven invasion. Thorne is plotting to help them and has as his back-up a sinister giant creature that has K9′s regeneration disc implanted making it an indestructable weapon.K9 faces his biggest threat ever!