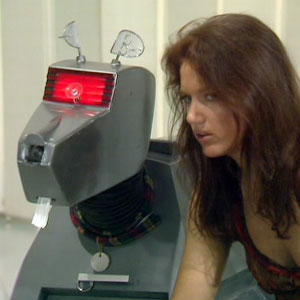 K9 first appeared in the 1977 Doctor Who story The Invisible Enemy. K9 was created by Professor Marius in the year 5000. The Professor was a scientist working for the Bi-Al Foundation in the Centre for Alien Biomorphology on the asteroid K4067. The Doctor and his companion Leela helped Professor Marius defeat an alien virus. After the virus was defeated the professor asked if the Doctor to keep K9 and look after him.

After many adventures with the Doctor, K9 Mark I stayed behind on Gallifrey to look after Leela.

K9 Mark I appeared in 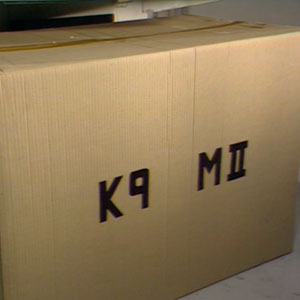 After the Doctor had said goodbye to Leela and K9 he entered the Tardis and brought out a large box with K9 Mark II written on it. Inside was a brand new K9 model.

K9 Mark II was the first model that the Doctor built himself. Eventually K9 Mark II stayed behind in E-space with Romana. 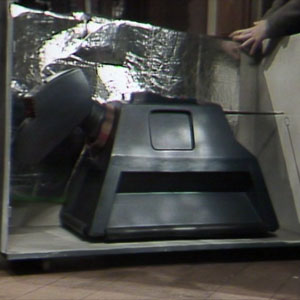 In the 1981 TV story K9 and Company Sarah Jane Smith went to visit her Aunt Lavinia. Unfortunately Sarah Jane just missed her Aunt leaving for a lecture tour in America.

Inside the lounge was a large crate Sarah Jane’s Aunt had brought round, inside was K9 Mark III that the Doctor had left for her in 1978.

“Give Sarah Jane Smith my fondest love, Tell her I will remember her always” was the message left with K9 from the Doctor. 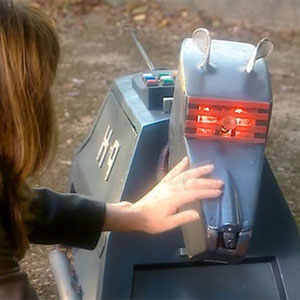 K9 Mark III got destroyed after defeating the Krillitanes so the Doctor built Sarah Jane a new one. 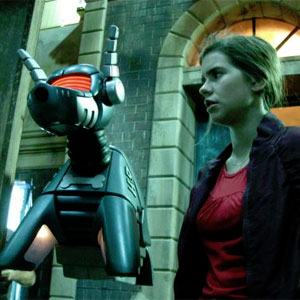 In the year 2059 Professor Gryffen was conducting experiments with an alien Space Time Manipulator. The original K9 got pulled through with some other aliens. K9 was forced to self destruct saving London from the aliens. With help from Starkey K9 was able to regenerate. After K9 regenerated he had no memory of where he came from, now he helps Jorjie, Darius, Starkey and professor Gryffen protect London from alien threats.