The original console room was very light and spacious in design. It was first shown in An Unearthly Child and last appeared in The War Games.

The original TARDIS console was a hexagonal shape with different controls on each of the six panels. In the middle is the central column time rotor which moves up and down when the TARDIS is in flight. Most of the TARDIS functions are controlled from the console including setting destinations, opening the main doors and operating the view screen.

The original console room featured a large computer along one of the walls. One of it’s functions was to locate faults with the TARDIS. The fault locator appeared in many early episodes in the background even through the second Doctors era. It was referenced and used in The Edge of Destruction and The Dalek Invasion of Earth.

The original console room introduced the TARDIS roundels which were built into the walls. It was not clear what these were for originally apart from decoration. From the fifth Doctor’s era onwards the roundels were shown to contain circuitry behind certain, if not all roundel panels.

The TARDIS doors from the exterior looked like normal police box doors, from the interior no reference to the police box was made. The doors were bigger and more solid and featured the roundels which were a key part of the TARDIS design.

The original viewscreen was a relatively small standalone monitor. At first it was near the fault locator but its location and type changed over the years. Below shows some of the variations used.

The TARDIS has always been very adaptable. The first major change was in The Web Planet when a side room was shown joining onto the TARDIS. This was more of a science lab with objects needed for the story.

A door was shown with other rooms leading from the main console room. The other rooms included a lounge, bedroom and wardrobe.

In the Mind Robber a corridor was shown leading to more rooms within the TARDIS.

An Adventure in Space and Time

For the 50th anniversary a drama was created exploring the origins of Doctor Who. A recreation of the original TARDIS console and the set featured heavily in the programme. 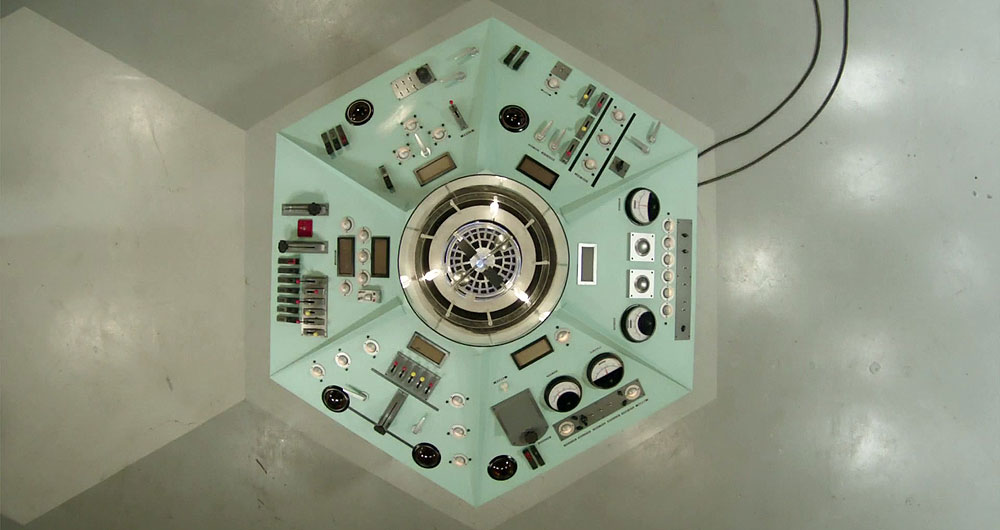