The Sarah Jane Adventures series 2 saw many returning enemys and friends including the Sontarans, the Graske and Sir Alistair Gordon Lethbridge-Stewart. 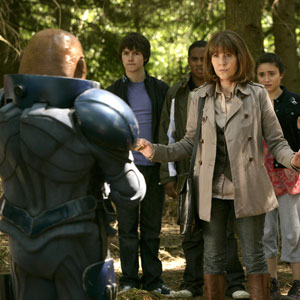 Reports of strange lights around the Tycho Radio Telescope lead Sarah Jane, Luke, Clyde and Maria into a terrifying forest encounter – and Sarah Jane comes face to face with her oldest enemy. Meanwhile Maria wrestles with a huge decision when her dad is offered a new job in America.

Sarah Jane and the gang have only 40 minutes to save Earth as Sontaran Commander Kaagh plots to bring the world’s orbiting satellites crashing down on nuclear installations across the world. And Maria’s Mum finally gets to the truth from Alan – but will they be in time to save Maria? 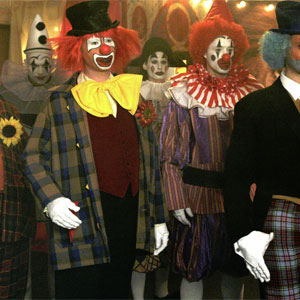 The Day of the Clown

New girl in Bannerman Road, Rani Chandra, is being haunted by a sinister clown – does it have anything to do with the local children that have gone missing? When Clyde’s friend disappears the trail leads them to a strange circus museum – and the legend of the Pied Piper!

Sarah Jane’s investigation into Spellman and Odd Bob the Clown takes her to a meteorite at the Pharos Institute. But Spellman’s plot to make all of Park Vale’s pupils vanish leads Sarah Jane into a confrontation with her own childhood fears in a bid to save Luke. 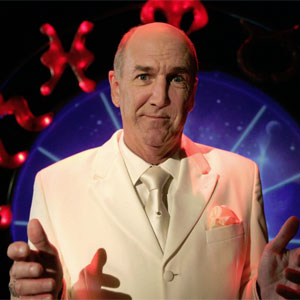 Secrets Of The Stars

Sarah Jane and the gang embark on another exciting new adventure this week as the children’s drama series, produced by Russell T Davies, continues.

Astrologer Martin Trueman causes a stir with his uncanny insights and predictions. While Sarah Jane doesn’t believe in astrology, she does believe that all is not as it seems with Trueman. Around her, people are falling under Trueman’s sinister spell and even Mr Smith doesn’t understand what’s going on.

As Trueman begins to take over the world’s population through their star signs, Clyde takes a big gamble to help Sarah Jane, Luke and Rani into the astrologer’s inner circle, as the children’s drama series, produced by Russell T Davies, continues.

But when Sarah Jane’s plan to defeat Trueman fails, who will be Earth’s last hope to overcome the Ancient Lights? 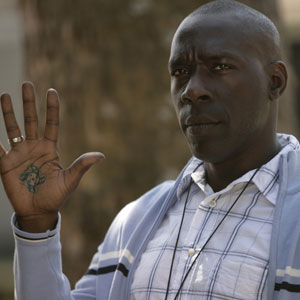 The Mark Of The Berserker

An alien pendant, which gives its wearer the power to control others, is stolen from Sarah Jane’s attic.

Luke and Rani enlist the help of Clyde’s mum to help track down Clyde and his father, who has the alien pendant, as the children’s drama series, produced by Russell T Davies, continues.

The chase leads to a terrifying waterside confrontation, as the pendant takes control of Paul and begins transforming him. 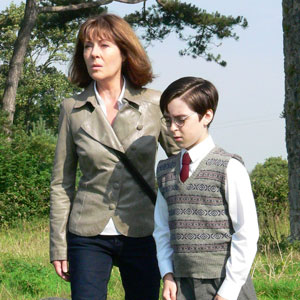 The Temptation Of Sarah Jane Smith

Sarah Jane and the gang embark on another exciting new adventure this week as the children’s drama series, produced by Russell T Davies, continues.

When Sarah Jane returns a boy who has slipped through a time fissure back to 1951, she realises she has found a way to meet the parents she never knew. But is it a trap? Sarah Jane and Luke fall victim to a revenge plot by The Trickster.

Clyde and Rani, trapped in a devastated alternative world with the survivors of mankind, make a desperate bargain with The Graske, in the concluding part of this two-episode adventure.

Then Rani travels to 1951 to help Sarah Jane, who has been reunited with her long-lost parents. Sarah Jane needs to defeat the Trickster – but will the price she has to pay be too high? 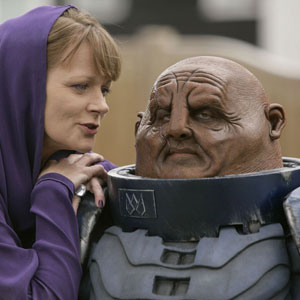 Enemy Of The Bane

Gita vanishes and Sarah Jane encounters an unwelcome face from the past – Mrs Wormwood – as the children’s drama series, produced by Russell T Davies, continues.

Now hunted by the Bane, Mrs Wormwood needs Sarah Jane’s help to foil their plan to take over the galaxy with an ancient alien power. And Sarah Jane also needs help – from the Brigadier.

Mrs Wormwood and Kaagh reveal their true colours, in the concluding episode of this two-part adventure.

Sarah Jane and the gang, meanwhile, find themselves in a race against time when Luke is kidnapped and they discover they have a hidden enemy amongst them.

Only the Brigadier can save the day, before a final showdown at an ancient stone circle ensues.