About Doctor Who the TV Series

Doctor Who was originally intended to be a family educational TV programme. Two of the original main characters were science and history teachers. A lot of the early stories were pure historicals with no aliens. These historical stories were phased out at the end of the 60’s as the more alien settings increased in popularity. 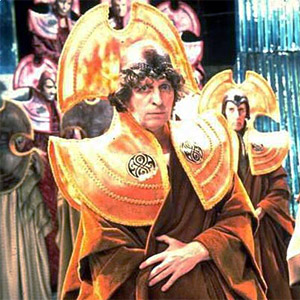 The Doctor, a Time Lord from the planet Gallifrey

A Madman with a Box

The Doctor is not from Earth, he is a Time Lord from the planet Gallifrey. The Time Lords were considered to be one of the oldest and most powerful races in the universe. Sometime in the future the Time Lords went to war against the Daleks and lost, the Doctor is the only known survivor.

The Doctor having recently escaped Gallifrey and their strict culture was not comfortable with meeting other people on Earth. When Ian and Barbara, two of his Granddaughters school teachers on Earth discovered the TARDIS he kidnapped them because he feared that they would tell others about what they had seen.

Over time the Doctor learnt to trust other people. The Doctor also saw humans ability to block out certain things they refused to believe in as noted in the “Aliens of London”.

Ricky, let me tell you something about the human race. You put a mysterious blue box slap-bang in the middle of town, what do they do? Walk past it. Now stop your nagging. Let’s go and explore The Ninth Doctor

The Sonic Screwdriver is great for getting the Doctor out of trouble. It first appeared in the 1968 story “Fury from the Deep”. It uses sonic waves to dismantle or fix equipment. It can also bypass locks unless they have a ‘deadlock seal’.

Over the years several different versions of the Sonic Screwdriver have been made. In The Sarah Jane Adventures the Doctor left Sarah Jane with a similar Sonic Lipstick.

In the 1982 story “The Visitation” the Sonic Screwdriver was controversially destroyed by a Terileptil. It was reintroduced in the 1996 TV Movie and the Doctor hasn’t been without it since. 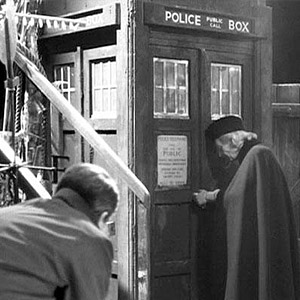 Time and Relative Dimension in Space

The TARDIS is a Type 40 time and space machine. TARDIS stands for Time and Relative Dimension in Space. The TARDIS is supposed to change its appearance on each trip to blend in with its surroundings however the Doctors has a broken chameleon circuit which stops it from working properly.

The TARDIS is dimensionally transcendental, meaning it’s bigger on the inside than the outside. The interior exists in a different, relative, dimension to the exterior.

Find out more about the TARDIS

A type 40 TARDIS. I was already a museum piece when you were young Idris

Do I have the right? Simply touch one wire against the other and that’s it. The Daleks cease to exist The Fourth Doctor 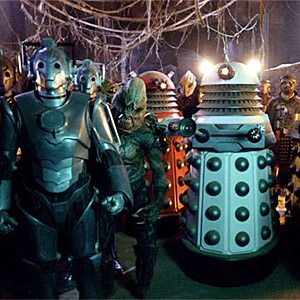 The Daleks first appeared in the second Doctor Who story, they were the first monsters to face the Doctor in the TV series. The Cybermen appeared a few years later in the 1st Doctors final story. The Master is a rival Time Lord who only cares about causing destruction in the universe.

Other popular enemies include the Sontarans, Ice Warriors and Silurians. The Sontarans are a clone race bred for war, they are one of the few aliens to infiltrate Gallifrey. The Ice Warriors were originally a warrior race from Mars however in the 50th century they became respected members of a Galactic Federation. The Silurians originally inhabited the Earth, before man. The Silurians are not a violent species but many of their species want to reclaim the Earth as their own.

Find out more about the Daleks

Find out more about the Cybermen

Find out more about the Master

The monsters and the Doctor. It seems you cannot have one without the other Reinette

Gallifrey is the Doctors home planet located in the constellation of Kasterborous.

Gallifrey was first shown in the 1969 story The War Games where the 2nd Doctor was put on trial by the Time Lords. The name of the planet was first mentioned by the 3rd Doctor in the 1973 story “The Time Warrior”.

Susan descriped Gallifrey as having bright,silver-leafed trees and a burnt orange sky at night.

The oldest and most mighty race in the universe. Looking down on the galaxies below, sworn never to interfere, only to watch Time Lords are an immensely civilised race. We can control our own environment – we can live forever, barring accidents and we have the secret of space/time travel The Tenth Doctor 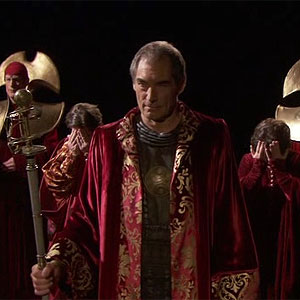 The Time Lords are a powerful but peaceful race. They have two hearts and the ability to regenerate their bodies. The 2nd Doctor claimed that Time Lords could live practically forever barring accidents.

The Time Lords are an immensely civilised race. We can control our own environment – we can live forever, barring accidents and we have the secret of space/time travel The Second Doctor

Many Doctor Who episodes from the 1960s and 70s are still missing, visit the website below for more information
http://www.bbc.co.uk/doctorwho/classic/episodeguide/missingepisodes.shtml