Doctor Who Season Twenty One 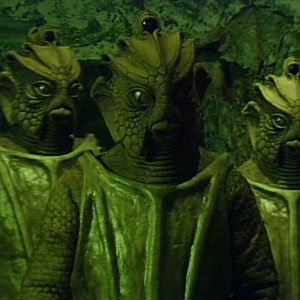 Warriors of the Deep

Warriors of the Deep Synopsis

The Doctor, Tegan and Turlough arrive at an underwater Sea Base on Earth, where a scientific and military team led by Commander Vorshak are monitoring a rival power bloc. The team undergo regular missile launch test sequences to ensure that they are ready at all times to combat an attack. Three Silurians led by Icthar – the surviving member of a Silurian triad – revive a colony of Sea Devil Warriors in order to invade the base and use its weapons to attack the opposing power bloc, thus provoking a global war that will allow the reptiles to conquer the Earth… 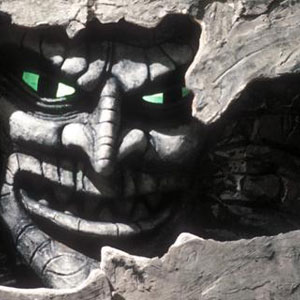 The TARDIS has brought the Doctor Tegan and Turlough to the English country village of Little Hodcombe in 1984 where an alien war machine, the Malus, is affecting its inhabitants. A re-enactment of a civil war battle becomes dangerously real as the Malus gather sufficient psychic energy to re-awake. 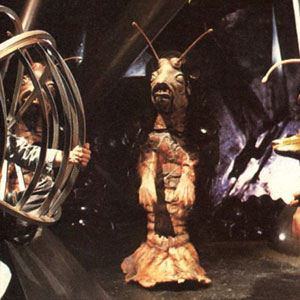 An irresistible force draws the TARDIS to the barren surface of Frontios, where in the far future the last surviving humans cower amongst the ruins of their wrecked spacecraft. Under constant threat from lethal meteorite bombardments, few of the doomed colony members realize that the ground of Frontios itself opens up and devours the unwary. Not permitted to assist, the Doctor attempts to leave, but is thwarted when the unimaginable occurs: the TARDIS is utterly destroyed. 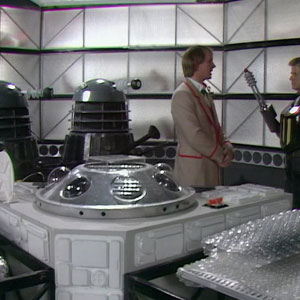 Resurrection of the Daleks

Resurrection of the Daleks Synopsis

The TARDIS materialises in present day London within sight of Tower Bridge. Investigating some nearby warehouses, the travellers stumble into a trap that the Daleks have set for them… 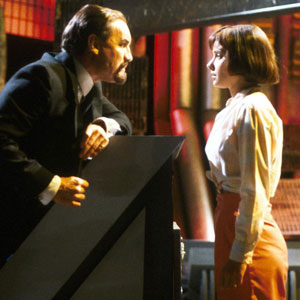 The Doctor and Turlough arrive in Lanzarote on Earth to investigate the transmission of an unusual signal that turns out to be emanating from a mysterious alien artefact. 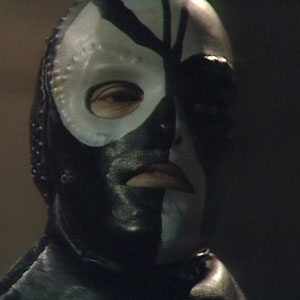 The Caves of Androzani Synopsis

Captured for arms-running on the mining planet of Androzani Minor, the Doctor and Perry are under sentence of death. Then a mysterious masked intruder comes to their aid. But is Sharaz Jek, master android creator, really their saviour? The rulers of the planet are certainly desperate for his head. But then, he does control Androzani’s supply of spectrox and it’s a substance men are prepared to die for. Originally transmitted 8-16 March 1984, this four part adventure marks the end of the Peter Davison era for Doctor Who and the timelord’s sixth regeneration. 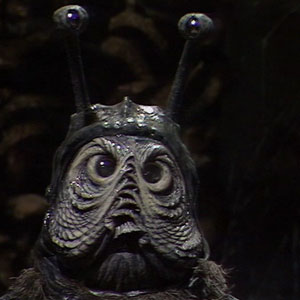 A race of giant gastropods has taken over the planet Jaconda. Their leader, Mestor, now intends to cause an enormous explosion in order to spread his people’s eggs throughout the galaxy, and he kidnaps juvenile twin geniuses from Earth to work out the necessary mathematical equations. Space fighters led by Lieutenant Hugo Lang are dispatched to get the twins back, but they come under attack and Lang is the sole survivor when his ship crashes on the asteroid Titan 3.