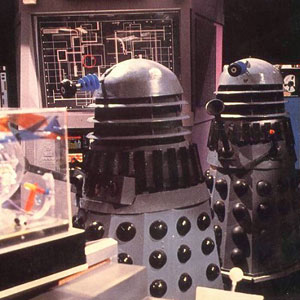 Destiny of the Daleks

Destiny of the Daleks Synopsis

The Doctor and the newly-regenerated Romana land on a strangely familiar planet and investigate the drilling that is going on there. The Daleks are searching for their creator, Davros, in the hope that he can assist them in their war with the Movellans. The Doctor has to reach the evil Kaled scientist before the Daleks, but just who can he trust? 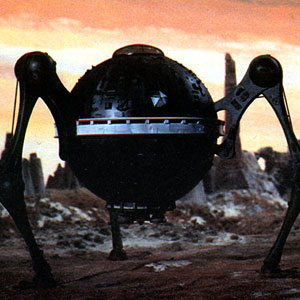 The Doctor and Romana visit Paris for a holiday. When the Mona Lisa is stolen, the Doctor comes upon evidence of sinister time experiments being carried out by a wealthy Count, Scarlioni. He soon exposes a plot by Scaroth, the last of the Jagaroth race, to re-write the history of Earth by avoiding the destruction of his space ship – but it was this explosion that led to the formation of life on Earth! 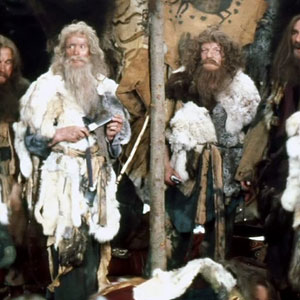 The Creature from the Pit

The Creature from the Pit Synopsis

The Doctor and Romana receive a distress signal and arrive on Chloris, a lush and verdant world that has only small quantities of metals, all of which are controlled by its ruler, Lady Adrasta. Adrasta keeps order with the aid of her Huntsman and his wolfweeds – mobile balls of vegetationwhile a band of scruffy thieves, led by Torvin, organize raids on her palace to steal whatever metal they can. The Doctor identifies the distress signal’s source as a large eggshell-like structure in the forest. He is taken prisoner By Adrasta’s guards and, in order to escape, leaps into the Pit – the entrance to a cave system into which all who incur Adrasta’s wrath are consigned to be devoured by an immense green globular creature living within. Can the Doctor escape from the creature of the Pit and save Chloris? 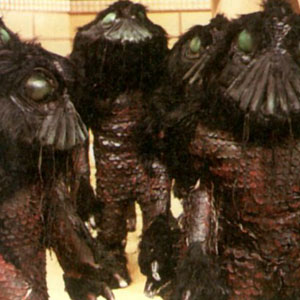 Two spacecraft fuse in a hyperspace collision, and with the dimensional instabilities threatening everyone aboard, it’s fortunate the Doctor, Romana and K-9 arrive to help. But when a crewmember is found clawed by a ferocious creature, it seems there’s something even more frightening stalking the corridors. But what can this have to do with a zoologist, Professor Tryst, his CET projection machine, and a planet called Eden? 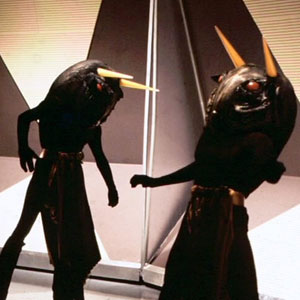 The Horns of Nimon

The Horns of Nimon Synopsis

The inhabitants of the planet Skonnos have been promised by an alien Nimon that he will restore their empire to greatness if they in return provide young sacrifices and radioactive hymetusite crystals, both of which they are obtaining from the nearby planet Aneth. With the TARDIS immobilised for repairs, the Doctor and Romana encounter the Skonnan spaceship transporting the latest sacrificial consignment from Aneth.