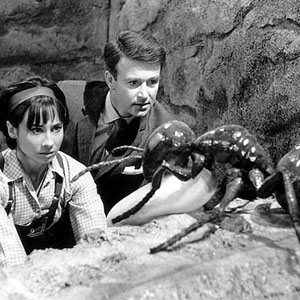 The TARDIS doors open while the ship is still in flight by accident. Although they have arrived back on Earth in the 1960s, a time they have been trying to return to since they all met, the travellers soon realise that something is very wrong. The Doctor, Ian, Barbara and Susan discover that they have all be reduced in size and the world they are now exploring has dangers at every turn. 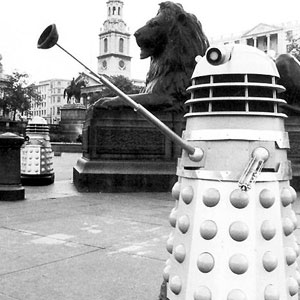 The Dalek Invasion of Earth

The Dalek Invasion of Earth Synopsis

The TARDIS materialises beside the River Thames in the year 2167. The world to which they emerge, however, is eerily silent and signs of decay are rife. They soon discover that the streets are patrolled by zombie-like humans, flying saucer-like craft occupy the skies and that desperate rebels are hiding below ground in the disused Underground system. But worse is still to come!

The Daleks, thought destroyed by the Doctor, have invaded and enslaved humanity, having first bombarded it with cosmic storms. Why have the Daleks chosen Earth in particular? What is the significance of the giant mine in Bedfordshire to which they are shipping human slaves? And can the Doctor unite with the small band of resistance fighters to stop the Daleks before their plans wreck havoc with the Earth forever? 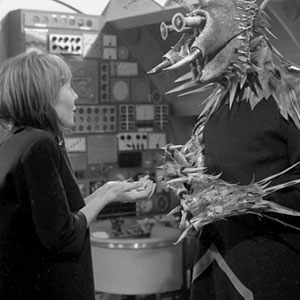 Arriving on the planet Dido in the late 25th Century, the time travellers come upon a crashed spaceship from Earth. Its two occupants are living in fear of a creature called Koquillion, but everything is not as it seems. 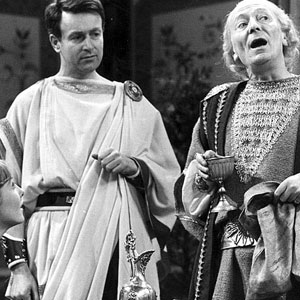 The time travellers are enjoying a rare holiday, staying at a villa not far from Rome in the year 64 AD. The Doctor soon becomes restless and sets off to visit the city. Having been mistaken for the famous lyre player and asked to perform at the Emperor Nero’s Court, the Doctor has to devise ever more elaborate schemes to avoid revealing that he cannot actually play the instrument. 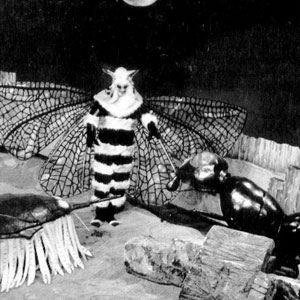 When the Doctor and his friends stray from their astral plane and the TARDIS materialises in eerie alien surroundings, a mysterious force prevents them from leaving. Is it a natural phenomenon or some malevolent intelligence?

Uncanny occurences are followed by encounters with the deadly Zarbi and their unknown leader, to whom the travellers fall prey. With their allies, the Menoptra, the travellers must discover how to immobilise the Zarbi, save the Menoptra from massacre and rid the planet of this powerful and horrifying evil.

As a growing web building begins to envelop the planet, imprisoning the travellers in its mesh, the Doctor must consult all of his wisdom to escape its hypnotic power. But what is at the centre of the web and from where does it draw its power? 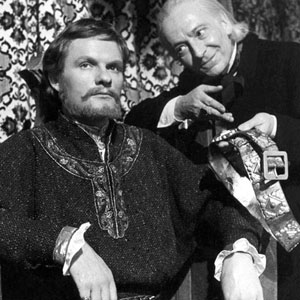 Arriving in the Holy Land in the middle of the Third Crusade, the Doctor and his companions run straight into trouble. The Doctor and Vicki befriend Richard the Lionheart, but must survive the cut-throat politics of the English court. Even with the king on their side, they find they have made powerful enemies. Looking for Barbara, Ian is ambushed – staked out in the sand and daubed with honey so that the ants will eat him. With Ian unable to help, Barbara is captured by the cruel warlord El Akir. Even if Ian escapes and rescues her, will they ever see the Doctor, Vicki and the TARDIS again? 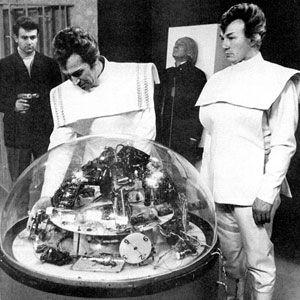 The TARDIS jumps a time track and the travellers arrive on the planet Xeros. There they discover their own future selves displayed as exhibits in a museum established as a monument to the Galactic conquests of the warlike Morok invaders who now rule the planet. When time shifts back to normal, they realise that they must do everything they can to try to avert this potential future. 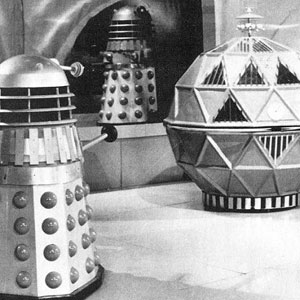 The travellers are forced to flee in the TARDIS when they learn from the Time/Space Visualiser taken from the Moroks’ museum that a group of Daleks equipped with their own time machine are on their trail with orders to exterminate them. 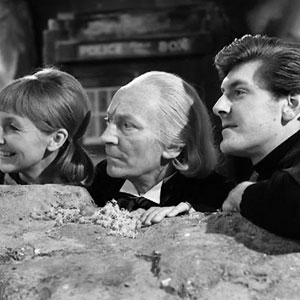 The TARDIS arrives on an English coastline in the year 1066. Exploring, the Doctor discovers that one of his own people, the Monk, is conspiring to wipe out the Viking fleet and thus allow King Harold to face the forces of William of Normandy with a fresh army at the Battle of Hastings. The Doctor succeeds in thwarting the Monk’s plans and leaves him trapped in England.