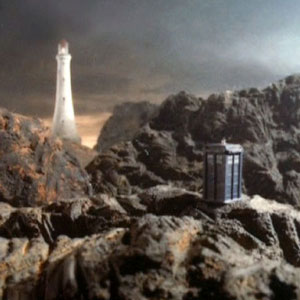 It is the turn of the century, and the tardis materialises by a lighthouse on the desolate isle of Fang Rock. When the engineer dies in mysterious circumstances, the remaining crew blame the mythical Beast of Fang Rock – until the Doctor and Leela turn up… 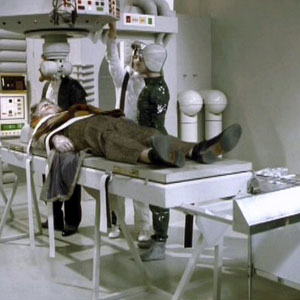 When The Doctor answers a distress call from a shuttle crew who have been infected with an intelligent virus, he too becomes contaminated. The only solution is to create clones of The Doctor and his companion Leela (Louise Jameson) to enter his body and fight the virus. 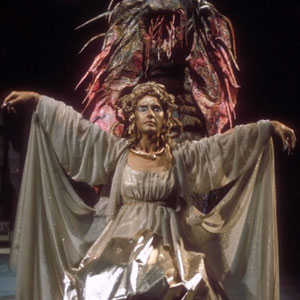 Image of the Fendahl

Image of the Fendahl Synopsis

A sonic time scan draws the TARDIS to the Fetch Priory on Earth. There, the Doctor and Leela discover an impossibly old human skull that is the key to a nightmare from the Time Lords’ past. A murderous monster stalks the priory grounds; and within, someone is intent on unleashing a malevolent creature that feeds on death itself… 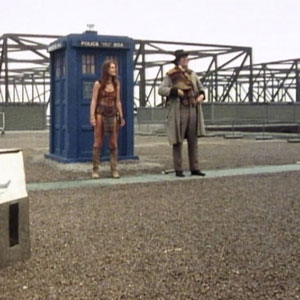 The TARDIS arrives in the future on the planet Pluto where there are now six suns, a breathable atmosphere and a large industrial community. The Company controls the planet and exploits the workers, pays them a pittance and then taxes them on everything imaginable. The Doctor and Leela join forces with an underground band of rebels led by a man named Mandrel… 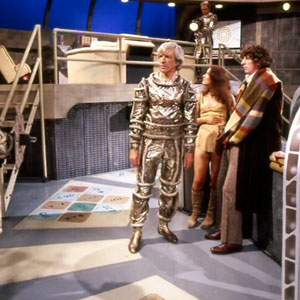 The TARDIS arrives on a Minyan space craft, the R1C, commanded by a man named Jackson. Jackson and his crew are on a long quest to recover the Minyan race banks from a ship called the P7E which left their planet centuries ago. The Doctor helps to free the R1C after it becomes buried in a meteorite storm, but it then crashes into another newly-formed planet. 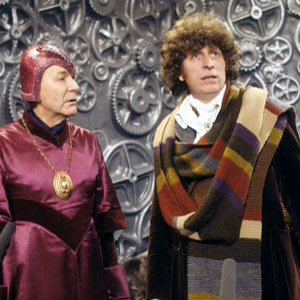 The Invasion of Time

The Invasion of Time Synopsis

After a meeting in space with a group of unseen aliens the Doctor (Tome Baker) returns to Gallifrey and claims the presidency of the Time Lords. Leela meanwhile tries to work out why he is behaving out of character. At his induction, the Doctor is ‘crowned’ with a device giving him access to the Matrix. He then arranges for the transduction barriers around Gallifrey to be put out of action by K9. When this is done, his alien ‘friends’ materialise. They are telepathic invaders called Vardans…